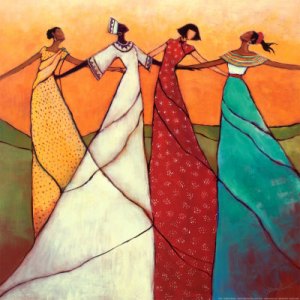 The setting of the writing that we know as 1 Samuel depicts a different Israel, one in the midst of a sweeping change from what could be considered a small, if dysfunctional familial tribal society to an out and out monarchy. This probably began to occur around the 10th century, BCE. Up until this time, there had been various tribes who would from time to time come sort of loosely and haphazardly together to combat threats from neighboring nations. And to lead them, God would call out one person that would in essence “rise to the top of the heap” to lead them in the crisis. But now voices are calling for a more stable and permanent government, a monarchy. And conflicts began to arise between those who called for monarchy and those who wanted to stay as a tribal society with God calling leaders to the front. This was a time of immense political struggle and by the time we come to the end of 2 Samuel, the center of what will become an empire, will have moved to Jerusalem.

The voices are raging, calling for change. They tell Samuel that the system is broken. They want a king, someone to lead them out of this mess. It is probably that for many, a monarchy held a sort of stability, a more reliable government. But it’s also possible that putting one person (or party!) in charge would benefit a select group of individuals. By having different people over the years rise to the top, the leadership was always changing and those that benefitted, too, would change. It probably provided for a more equitable society and, yet, no one really came out on top for any length of time. But putting one leader in place would mean that the society would shift and those who benefitted from the current leadership would remain in that situation.

Samuel did not agree with this new idea and he prayed to God. God consoles Samuel, reminding him that the people have rejected God over and over in the past. So Samuel goes to great lengths to convince the people that a monarchy would not solve all their problems. In fact, it would create a whole new set of problems that were only beginning. Samuel takes it all very personally (which implies that even Samuel was not just siding with the “best interest” of the people). But God tells Samuel to go ahead and give them a king. Maybe God is punishing the people, giving them enough rope to hang themselves with their newfound government. Or maybe, this is God’s way of opening the door to a new potential and a new way of being.

We can identify with the people in this passage. They wanted security. I mean, who doesn’t? Who doesn’t want a guarantee that someone will be in charge, will “fix things”, will pull us out of this quagmire in which we find ourselves? But did the people truly want a change, truly want to move forward, or did they just want something that made life easier? We could ask ourselves the same question. Do we want change that moves us forward or change that makes us feel good for the time being? Does it seem here like God is giving up or is God calling the people to grow into a new people? And in our own political climate, rampant with competing voices calling for stability, calling for someone to “fix things”, where is the voice of God? Are we being called to repair what is wrong, to a more stable government, or to a new way of being?

This is not an easy text. In fact, it’s probably one of the most misused texts in the Scriptures. We read of Satan and Beelzebul (which means “Lord of the Flies”) and our 21st century minds immediately go to a depiction of some sort of “other-worldly” character that keeps messing around in God’s business as well as our own. You see, all this stuff that Jesus was doing did not make sense. It did not fit in with the world they way people had imagined it. So they begin picking at everything Jesus did. After all, he was threatening everything they thought. He was going against the rules that society and the religious authorities for generations before had so carefully laid out. What Jesus was doing was just not right. He must be possessed by a demon! Even his family didn’t know what to do with him. Well, after all, you can imagine that this was a bit embarrassing. Why couldn’t he just get in line with everyone else?

But, let’s be honest. If we totally dismiss demons, or satan, or Beelzebul, or whatever else you want to call it, we are denying that there are forces in this world that do serve to pull us away from God. It is not that God pulls away from us or even that some other-worldly force “takes over”. But there are evils in this world. There are things that we are called to name and admit their presence and then work to cast them out. Wasn’t that what Jesus was doing, after all?

Jesus takes seriously the realities of satan and other demonic powers but, in the context of this first century understanding, “satan” does not necessarily mean a personality with horns and a red tail, but rather a power that is actively engaged in the world against the compassionate and reconciling love of God. “Satan”, refers to those powers that continue to keep our allegiance—racism, cultural elitism, sexism, materialism, militarism, etc. (you can come up with all sorts of “isms”!)—over and above the recognition that the power of God is what our lives are all about.

Jesus wasn’t denying his birth family; he wasn’t shirking his family responsibilities or disrespecting his parents. Rather, Jesus was reminding us that we are part of a larger family—the human family. And if we don’t remember that, then we are lost from God. In fact, perhaps Jesus was raising the possibility that his own family, whom he deeply loved, was sometimes standing in his way, sometimes stepping into that place over and above God’s place in our lives. It is wonderful if that is not the case, but sometimes even our families are full of “isms” that need to be named. But when it was all said and done, even dying on the cross, Jesus made sure that there was someone that would care and nurture his mother.

Again, Jesus is not denying the world or our place in it. We all have things that are important to us. They are part of who we are, part of the wonderful and unique self that God made us to be. It’s not about separating oneself from the world; it’s about perspective. It’s about seeing the world, the whole world, as God’s world and seeing all of those with whom we share this world as God’s people. It’s about putting ourselves in a place where God’s will for our lives and God’s will for the world will truly come to be. And that, too, can be named. It’s called life, the life that God envisioned us to live.

Lest our feet stray from the places, our God where we met thee,

Lest our hearts drunk with the wine of the world, we forget thee.

Shadowed beneath thy hand may we forever stand

We are on the road to heaven if today we walk with God. Eternal life is not a possession conferred at death; it is a present endowment. We live it now and continue it through death. With God, “time is eternity in disguise.” (Abraham Heschel)

Am I my brother’s keeper? No, I am my brother’s brother or sister. Human unity is not something we are called upon to create, only to recognize. (William Sloane Coffin)

Lord, please show me every day as you’re teaching me your way, that you do just what you say in your time.

Lord, my life to you I bring; may each song I have to sing be to you a lovely thing in your time.

The Dawn of Light

The Story of Light

Scripture Text: Luke 2: 1-14 (Christmas Eve) In those days a decree went out from Emperor Augustus that all the world should be registered. 2This was the first registration and was taken while Quirinius was governor of Syria. 3All went to their own towns to be registered. 4Joseph also went from the town of Nazareth in Galilee to […]

The Light Shining in the Darkness

Scripture Text: Isaiah 9:2-7 (Christmas Eve text) 2The people who walked in darkness have seen a great light; those who lived in a land of deep darkness— on them light has shined. 3You have multiplied the nation, you have increased its joy; they rejoice before you as with joy at the harvest, as people exult when […]