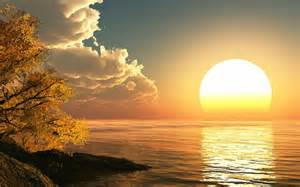 Most of us have not read a lot of the Book of Zephaniah.  In fact, most of us have yet to find Zephaniah buried in the midst of all of those Minor Prophets. It’s only three short chapters, barely over three pages in my Bible. It’s one of those books that a minister friend of mine who shall remain nameless used to claim that they kept moving around in the Bible because that could be the only reason that he had such a hard time finding it. Yes, to be honest, Zephaniah is not part of our normal everyday lexicon.

This short book sets itself in the seventh century BCE, during the reign of King Josiah of Judah. Josiah is many times characterized as the last great king, whose only equal would have been King David. The identity of this prophet is really not very clear. His father’s name is Cushi, which could mean that he was of Ethiopian heritage (Cush being the name for what we call Ethiopia).

This short book is primarily a book of judgment oracles that proclaim and invoke the coming Day of the Lord. The prophet announces what is essentially cosmic destruction and demise and then at the end, the part that we read, unfolds a ninth oracle of salvation and renewal, a promise of some sort of final resolution of judgment and an assurance that the world will finally stop shaking and moving in what oftentimes seems to be an unnatural and even unbearable way. And the Lord, no longer a seemingly inaccessible mover of Creation, is with us. The Scripture, using the present tense (rather than the future), says, “The Lord, your God, is in your midst.” In other words, it is a reminder that this is not something that will happen “someday”, some other world that is “out there” waiting for us to get our act together enough to get there. This is now. God is in your midst, bearing the shaking and teaching us how to hold together.

In the context of the writing of this virtually unknown prophet, “there is Jerusalem the unfaithful and corrupt placed alongside Jerusalem the city of universal rejoicing and [everlasting] justice; there is the contrast between idolatrous and purified—a city of violence versus a dove, [the city of peace].” (Angela Bauer-Levesque, in Feasting on the Word, Year C, Volume 1 (Louisville: Westminster John Knox Press, 2009), 55.)

The word Zephaniah means “Yahweh protects”. And, according to the book, like a good parent, God doesn’t just ignore the wrongs of the children. Instead, God takes them, judges them, and lovingly reforms and transforms them into what God intended for them to be. The Jewish Scripture translation, The Tanakh says that God annuls your judgments and will soothe us with love. “Will soothe us with love”: not wiping out destruction with more destruction but soothing it into something that works, something that fits in with the rest of Creation. The writing known as the Book of Isaiah says that “the uneven ground shall become level, and the rough places a plain.” (Isaiah 40:4b) But remember, even though this Scripture that we read is talking about a day in the future, a day when all disaster will be gone, when the lame will be saved and the outcast will be gathered in to the realm of God, a day at some time that is yet to come, the passage says, using present tense, “The Lord, your God, is in your midst.”—not coming, not waiting to appear, but in our midst. The world is still riddled with greed and war, our world community so often lacks compassion and caring, and all of us struggle with our own spiritual identity, our own understanding of God and how God moves in and through our lives. But this passage is a reminder of what our faith is all about: God is in our midst.

Perhaps Advent is about more than just waiting for something else to happen that is not happening now. Maybe it is more about opening our eyes to what God’s coming into our lives truly means. In an essay entitled, “The Coming of Jesus in our Midst”, Dietrich Bonhoeffer claims that “we have become so accustomed to the idea of divine love and of God’s coming at Christmas that we no longer feel the shiver of fear that God’s coming should arouse in us. We are indifferent to the message, taking only the pleasant and agreeable out of it and forgetting the serious aspect, that the God of the world draws near to the people of our little earth and lays claim to us. The coming of God is truly not only glad tidings, but first of all frightening news for everyone who has a conscience.” (From Watch for the Light: Readings for Advent and Christmas) God does not wait to come into our world until things are right; God is here, now, in our midst.

To read the Lectionary Epistle passage

In many churches on this third Sunday of Advent, the Advent candle is pink, rather than purple or blue, symbolizing joy in this season. It is a call to rejoice in the “peace that surpasses all understanding. The genre of this writing could be characterized as a “friendship letter”. The Philippians are dear to Paul (who is indeed probably the writer of this letter). They have been generous in supporting his ministry. And yet, not everything is great. They have numerous challenges to their faith.

Paul mentions first “opponents”, which have apparently caused them great suffering. Whatever it is, Paul is concerned that the church might divide in the face of this conflict. There is also a concern that the people are being subjected to alternative teachings that would pull them away from the teachings of Jesus. The third struggle in Philippi is a conflict between two female leaders of the congregation named Euodia and Syntyche. (Regardless of the fact that they were in conflict, it should be noted here that there WERE female leaders in the church, putting aside interpretations that would claim otherwise.)

So, Paul’s message pulls the Philippians out of these human conflicts that beset them and toward a future with Christ. Rejoice! While it is clear that Paul never gave up on the idea of the Parousia, the second coming of Christ, there is also a real present tense in the tone of this letter. Paul is reminding the Philippians that God is indeed here and because of that, we should truly rejoice.

Now don’t think that this is some sort of sappy, utopian call to be happy regardless of how bad things are going for you. Bad things happen. It’s alright (normal, I would think) to be sad, melancholy, even angry. (In fact, if you need to throw something, I have a dog that would love to play with you in the backyard!) This is not a call to be happy; it is a call to rejoice. Joy is deep, everlasting, abiding in the deepest part of your being. Joy is what comes from knowing that indeed God is here with you. It is a peace that surpasses any understanding that the world may have of what fills one’s life and makes it whole.

To read the Gospel passage

Once again, we have another week of John the Baptist. You have to admit that he was passionate. He truly believed in the “good news” and wanted to tell people. Some of us may get a little offended at what seems to be a rather harsh warning in the midst of this lovely season. But the crowds that heard him didn’t respond that way. Instead, they ask a very simple question: “What, should we do?”

After announcing eschatological judgment, John’s answers to each group seem pretty simple. To the crowds, who were probably for the most part lower middle or lower class, he said, “Share”; to the tax collectors, who made their living off of taken advantage of people, he said, “Be fair”; and to the soldiers whose job it was to keep society in line, he said, “Don’t bully.” The point is that there are always opportunities to do God’s work, to be who God calls us to be, and to be a part of ushering in the fullness of the Kingdom of God.

This is a sermon on judgment and messianic consummation and yet the crowds hear John speak of a role they can play in our ordinary lives. It is the way that God’s presence is here now. (Notice that it’s in present tense.) Interestingly enough, there is a radical inclusiveness here. Everyone in their own way has a part to play. There is truly an invitation to all. Truth be told, John was not about welcoming the baby in the manger (I mean, remember, he was only six months old or so when that came to be!) John is much more to the point, calling us to repentance, to change, shaking us and yelling at us to WAKE UP! As Alyce McKenzie puts it, “He’s about delivering a ‘Welcome to Advent’ sermon that shakes our nativity snow globe so hard it cracks and all the water flows out along with the little white coconut flakes. The baby has escaped from the hermetically sealed snow globe of our cultural Christmas. John is about welcoming Jesus to the Jordan River and the people standing by it.” (From “Welcome to Our World: Reflections on Luke 3: 7-18, December 16, 2012, available at http://www.patheos.com/Progressive-Christian/Welcome-Our-World-Alyce-McKenzie-12-10-2012.html, accessed 10 December 2012) And the point is that in our repenting, in our entering, in our doing and in our being with God, there is always space to rejoice. It’s called Incarnation—the becoming. So, immerse yourselves in the preparation. It’s time to get ready. The baby is coming! And so are we!

Joy is the most infallible sign of the presence of God. (Pierre Teilhard de Chardin)

Joy has no name. Its very being is lost in the great tide of selfless delight—creation’s response to the infinite loving of God. (Evelyn Underhill)

This Advent let’s go to Bethlehem and see this thing that the Lord has made known to us. In the midst of our shopping sprees, let’s ponder in our hearts the Gift of Gifts. Through the tinsel, let’s look for the gold of the Christmas Star. In the excitement and confusion, in the merry chaos, let’s listen for the brush of angel’s wings. This Advent, let’s go to Bethlehem and find our kneeling places.

The Dawn of Light

The Story of Light

Scripture Text: Luke 2: 1-14 (Christmas Eve) In those days a decree went out from Emperor Augustus that all the world should be registered. 2This was the first registration and was taken while Quirinius was governor of Syria. 3All went to their own towns to be registered. 4Joseph also went from the town of Nazareth in Galilee to […]

The Light Shining in the Darkness

Scripture Text: Isaiah 9:2-7 (Christmas Eve text) 2The people who walked in darkness have seen a great light; those who lived in a land of deep darkness— on them light has shined. 3You have multiplied the nation, you have increased its joy; they rejoice before you as with joy at the harvest, as people exult when […]